Life in O Castro in the Middle Ages was largely uneventful as it stood in the shadow of the castle, an important fortress given its location on the road entering Galicia from León. This 15th century fortress carried out its role as protector and it was an obligatory resting place of royalty who signed many historically important documents whilst there.

The ensemble of O Castro includes the ruins of the castle with its tower as well as two pazos: The Casa Grande, close to the medieval fortress and the Pazo de Flórez – also known as Pazo do Castro.
At a later date, the current stronghold / palace Casa del Castro was built. There is an inscription in the chapel (placed there in 1914 by the then owner Don Alfonso Flórez Losada y Quiroga, former senator and member of Parliament) which says “Don Pedro de Losada and Quiroga, Copiscal Canon of the Holy Cathedral of Toledo, Bishop elect of Orihuela, Knight of the Order of Santiago, founder of this site and primogeniture, ano. 1630.” 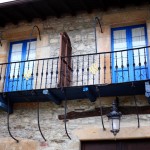 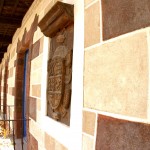 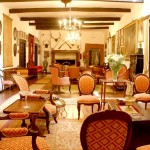 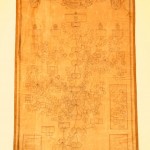 Pazo do Castro takes its name from the village in which it is located, the most important town in Valdeorras in the Middle Ages.
It later passed into the hands of the Flórez family and has remained in their ownership up until today, as attested by the coats of arms of the Losada Flórez family displayed on the main façade of the building – Azure, five fleurs-de-lys or.
The last inhabitant was the Marquis of Esteva de las Delicias, title Grandee of Spain, who inhabited the palatial residence until it became what is now: a prestigious 4-star hotel which perfectly combines its rustic past and accommodating present. 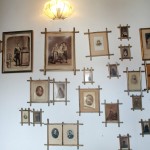 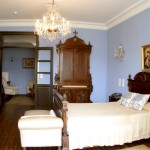 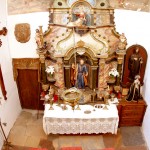 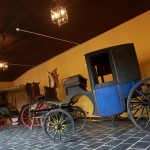